A Throwback to the Past: Retro Winamp Block

In mid-November, I happened upon a block plugin called Retro Winamp Block. As many of our readers know, I am always on the lookout for those WordPress extensions that remind me of the era when I first started using computers and exploring the web.

The plugin seemed to fit the bill. It had “retro” in the title, so it had already piqued my interest without even installing it. It had been years since I used Winamp. The media player was first released in 1997 for Microsoft Windows and grew in popularity through the early 2000s. By the time I arrived on the scene, it had already built a massive user base. It was the best option available for creating music playlists at the time, and it was skinnable.

Winamp was popular back when the world wide web felt more alive. I still look upon it as the golden era of user creation and the blossoming of fandom. Where else could you find a collection of Brad Pitt skins for your computer’s media player? Or, One Piece? Even Super Mario?

I did not hesitate to install this throwback plugin. Unfortunately, it errored out whenever I attempted to add an audio file. So, I set it aside with a note to look at it down the road.

A few weeks later, I read WordPress lead developer Helen Hou-Sandí’s goodbye announcement to 10up, the company she had been with for a decade. With the help of Mel Choyce, co-workers Jeff Paul, Darin Kotter, and Tung Du created the Retro Winamp Block in her honor.

I checked back in on the plugin. There was an update, and the change log noted a fix for the error I had encountered. In minutes, I was able to once again experience the glory of one of the first media players I had used on my old Gateway laptop.

Retro Winamp Block in the editor.

Retro Winamp Block has does not have many options. Actually, it only has one customization that users will be interested in: the player skin. They can enter any URL for it, and over 83,000 are available via the Winamp Skin Museum.

The museum is hosted by Webamp, a project that implements an HTML5 and JavaScript of the old Winamp 2.9. 10up used it for its own Retro Winamp Block plugin.

Since installing the latest version 1.0.1 of the plugin, I have only hit one issue. The live preview in the editor is partially broken. The player floats in the same spot instead of scrolling with the page..

If I had one wish for this plugin, it would be to see the addition of Milkdrop, the popular Winamp visualizer add-on. 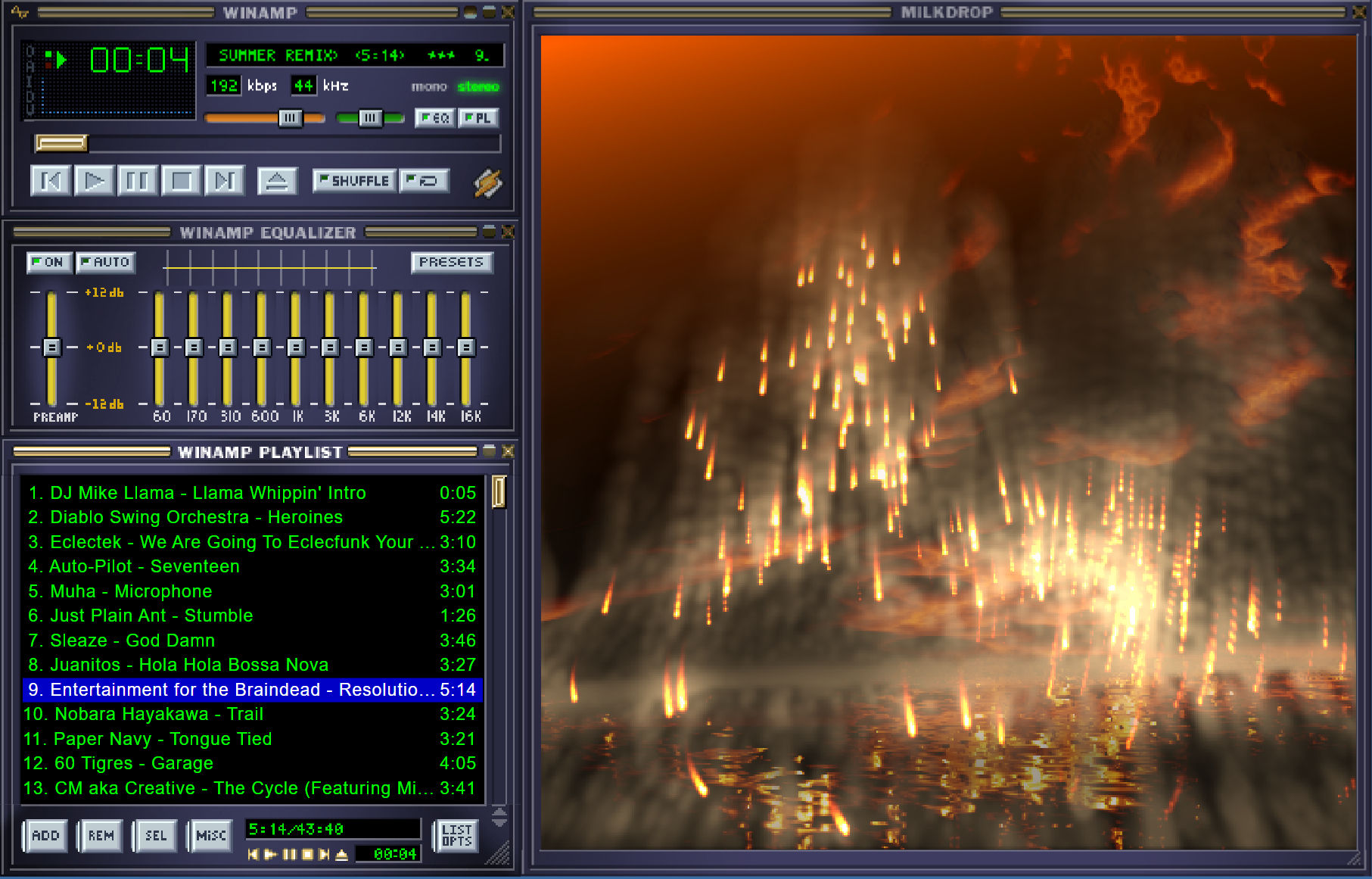 Mostly, I simply enjoyed this jaunt down memory lane. I even went as far as installing the latest Winamp on my computer. The original player still has a thriving community if its forums are any indication. The UI is practically unusable on my laptop, so I dropped it after listening to an old Ashlee Simpson album.

While I enjoyed the nostalgia of the old player, I want to see modern-day implementations of these types of features for WordPress. Instead of a throwback to Winamp, where is the skinnable audio block?

I put together a quick pattern to test out some ideas (code on Gist):

The background is by Jeff Golenski from WordPress Photos (this directory is already coming in handy). A few adjustments later, I had a custom-styled audio layout. However, I could not modify the audio player itself. It is just the browser default. There is no equalizer, track info, or visual flair. Just a clean, boring player that longs for someone to sprinkle a little pizazz on it.