Call: (+230) 5753-0449 / 5965-6137 admin@ircwebservices.morishub.com
Find us on Facebook Facebook ProfileInstagram ProfileLinkedIn Profile
HomeAlara Block Theme Promises a New Pattern or Design Variation Every Week for the Next Year 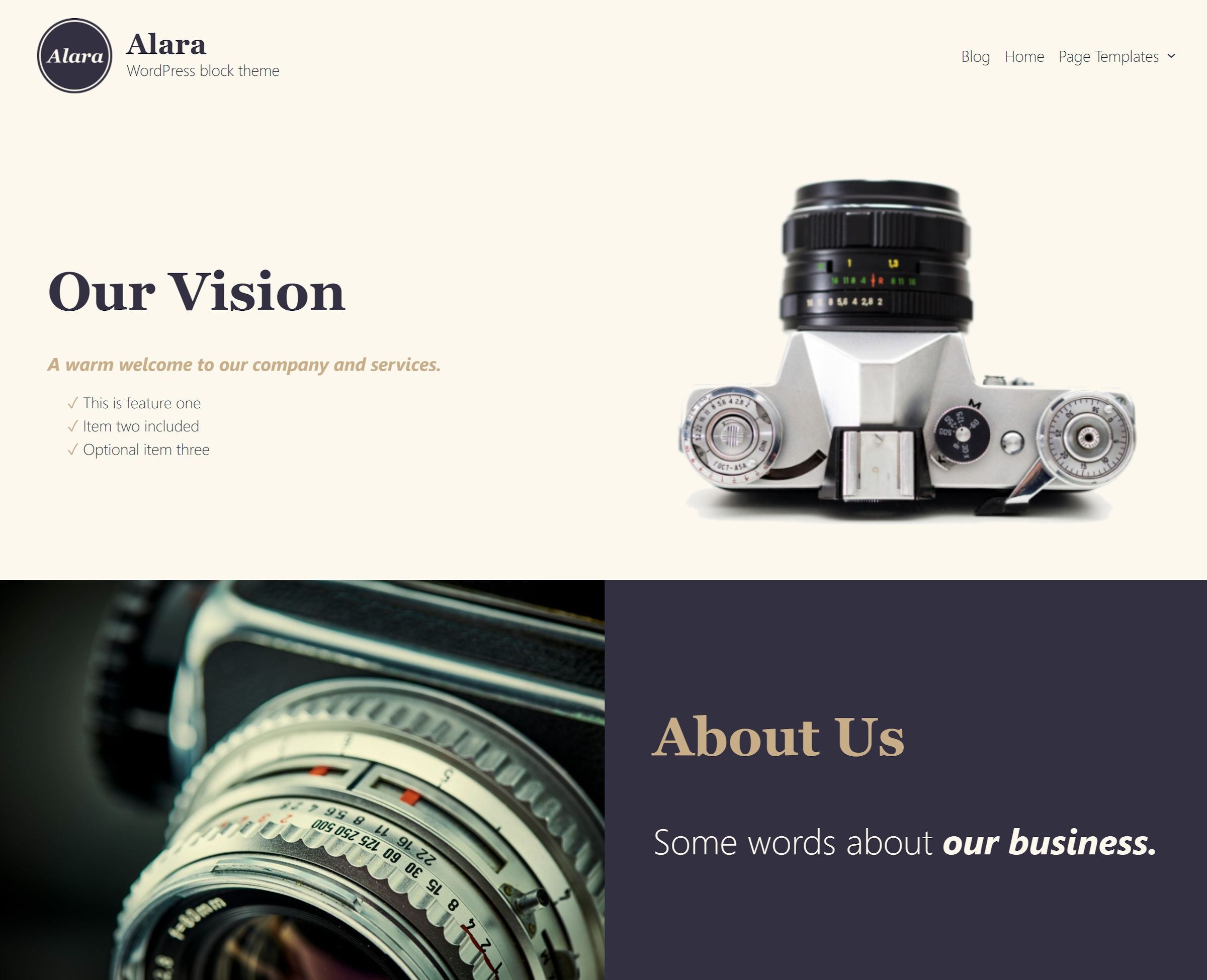 One month ago, UXL Themes released Alara. It was a theme that carried with it one bold promise: every week for the next year, users could expect a new design variation, child theme, or block pattern. And, all of this would be done on the back of the block theme system that is slated to launch with WordPress 5.9 next month.

Aside from one part-time member of the support crew, Andrew Starr is the sole developer for UXL Themes. With the promise, he put a whole lot of creative work on his shoulders for most of 2022. Alara already has 41 block patterns and one child theme available. Presumably, he will ship global style variations when the feature lands.

Alara is the third block theme by UXL Themes. In February, I covered the first, Hansen. Block theming was still in its infancy at the time. The system has matured, and Starr has built some experience on top of it. It shows with his latest outing. And, for this theme, he has thus far kept up with his plan to offer new features every week.

I am not the biggest fan of the theme’s default typography. The font-size and line-height work well enough for long-form content. However, its light font-weight can make text tough to read. The great thing about block themes is that they integrate with the site editor. Users who prefer a thicker weight only need to select it via the Typography panel. 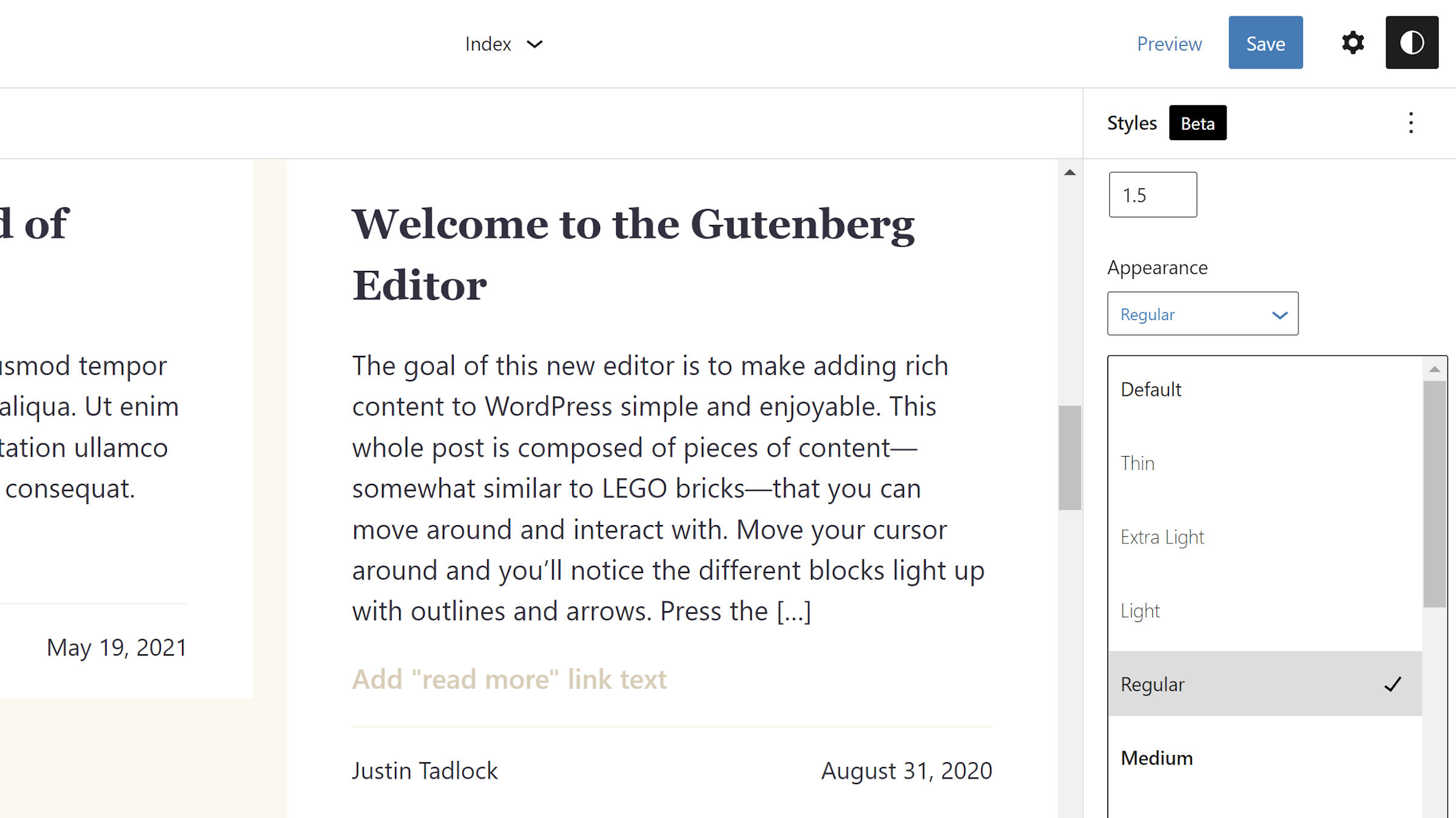 What Alara does well is offer a large selection of patterns for its users. I will sound like a broken record here, but this is how themes will differentiate themselves from others in the block-theming paradigm. If users can essentially overwrite anything about the design, the value-add is all the extras themers offer to them. Right now, that is in the form of patterns and block styles. Eventually, global style variations will be included in that list.

Alara initially launched with 29 patterns, but Starr has added 12 more since then. They are broken down into 13 categories. One of those is an “Alara – New” category, which showcases the latest patterns bundled with the theme.

Latest patterns bundled with the theme.

I like this approach to letting users know what is new with the theme. Since WordPress has no built-in way for theme authors to highlight new features, I expect to see more theme authors take similar approaches.

The patterns cover a range of use cases. The latest release includes some new recipe patterns for food bloggers. It includes business-friendly layouts for pricing tables, reviews, and call-to-action sections. Plus, it has several more for general-purpose use.

Some of my favorites are the “About” patterns. There are layouts for both single site owners and teams. 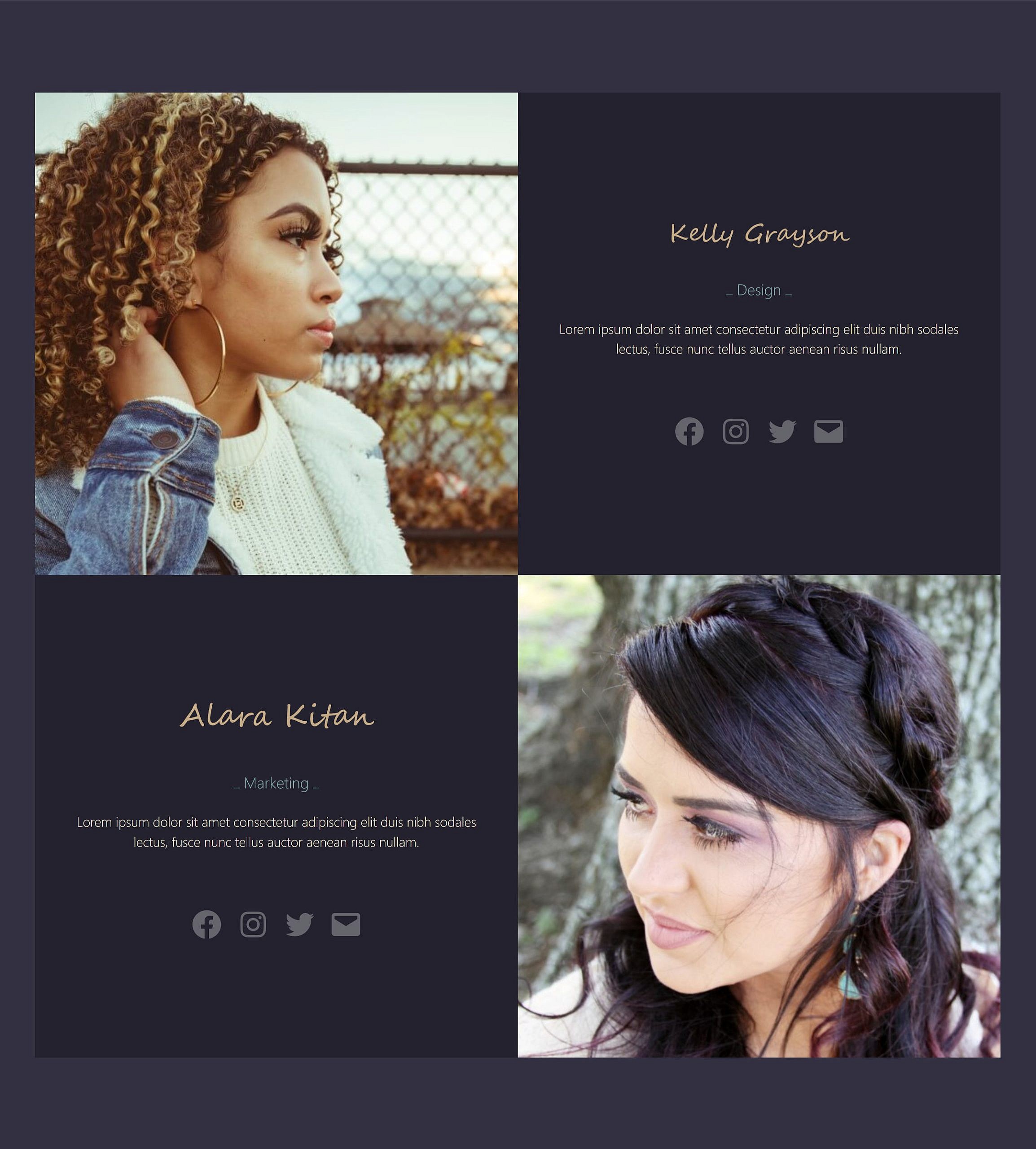 The theme also offers two full-page patterns. Users can insert them and instantly have an editable page with filled-in content.

Such patterns often take up a lot of room in the inserter when opened as a sidebar. They are better viewed in the full-screen pattern explorer overlay.

I would still like to see WordPress officially adopt the starter page templates system or something similar to handle these use cases. Many users will rather insert a full page of content instead of piecing it together with smaller patterns. They should have a dedicated section in the UI for easy access.

Alara could be a solid block theme for those eager to tinker with WordPress 5.9 features. There are still a few quirks, depending on which version of the Gutenberg plugin (or beta version of WordPress 5.9) is in use. I am excited to see if Starr keeps up with the promise of weekly design and pattern releases over the next year.