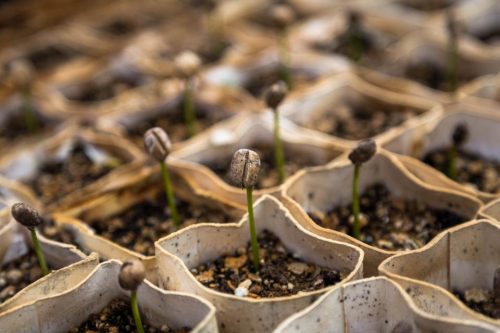 WordPress’ Five for the Future program, an initiative that encourages organizations to contribute five percent of their resources to WordPress development, is poised to adopt an official definition for what constitutes pledges and contributions. Two weeks ago, WordPress Executive Director Josepha Haden Chomphosy proposed the program make a clear distinction between ecosystem contributions and core project contributions:

Participation in Five for the Future means consistent effort by an individual or a company via a Make WordPress team to directly support the WordPress open source project and the project’s current big ideas, rather than the sole benefit of a company or individual. Simply put, Five for the Future exists to collaboratively invest in the health of the WordPress project, ensuring its long-term sustainability and success.

Haden Chomphosy further clarified that certain contributions fall within a grey area but still fit within this definition, such as mataining WordPress.org, WordCamp.org, Rosetta networks, documentation, training, or speaking at meetups. She also specified another grey area that does not fit within the official definition. This includes things like creating WordPress sites, themes, plugins, or blocks, and providing support.

“These activities are critical to extending the reach and utility of the WordPress project, but they are not considered part of making Five for the Future commitments,” Haden Chomphosy said.

“There are many important efforts and lots of incredible work performed outside of WordPress.org and Make Teams. While these are indispensable activities that further the WordPress ecosystem, Five for the Future is about ensuring that the WordPress project continues to be a fertile foundation for WordPress extenders and users.”

This was always the unspoken understanding of the Five for the Future program but this proposal formalizes it ahead of building out official tracking efforts.

The general consensus in the resulting discussion was agreement on the first part of the definition, that the contribution must move the open source project forward. A few participants were not convinced that themes and plugins would not qualify as a contribution towards this goal.

“I can’t help but wonder about the argument to be made that the creation of themes, plugins and blocks that are made freely available are also contributions that move WordPress forward,” GoDaddy-sponsored contributor Adam Warner said.

Yoast-sponsored contributor Yvette Sonneveld said the term “grey area” has a negative connotation and that “all the activities are essential to keep the software and community healthy and thriving.”

“I fully understand that these are harder to quantify,” Sonneveld said.

“Personally, I agree that themes and plugins brought out under creative commons licenses also help the software and the community thrive, and should be included in the efforts that help the project move forward.”

The definition did not receive much pushback and appears to be already confirmed, as Automattic-sponsored community organizer Angela Jin posted three days later, asking for feedback on how to identify and record contirbutions.

“Based on the definition we now have of 5ftF contributions, what other activity, specific to a Make Team or across multiple teams, should be recognized and recorded?” Jin said.

The program’s activity is tracked on GitHub, where discussions are open on everything from stats to badges to tracking meetup attendance. Many of these are technical issues that will require building charts and dashboards. It will be interesting to see how the community and meta teams tackle these challenges to track contributions across teams. Feedback on contributions tracking is still open in the comments of the post.