Gutenberg 14.5 was released today with a modest set of enhancements and dozens of bug fixes and code quality improvements. The highlight of this release is the new “Document Overview” panel, which combines what was previously found under separate icons in the Editor toolbar under “List View” and “Details.” This popup was where information like words, characters, headings, time to read, paragraphs, and blocks used to be found: 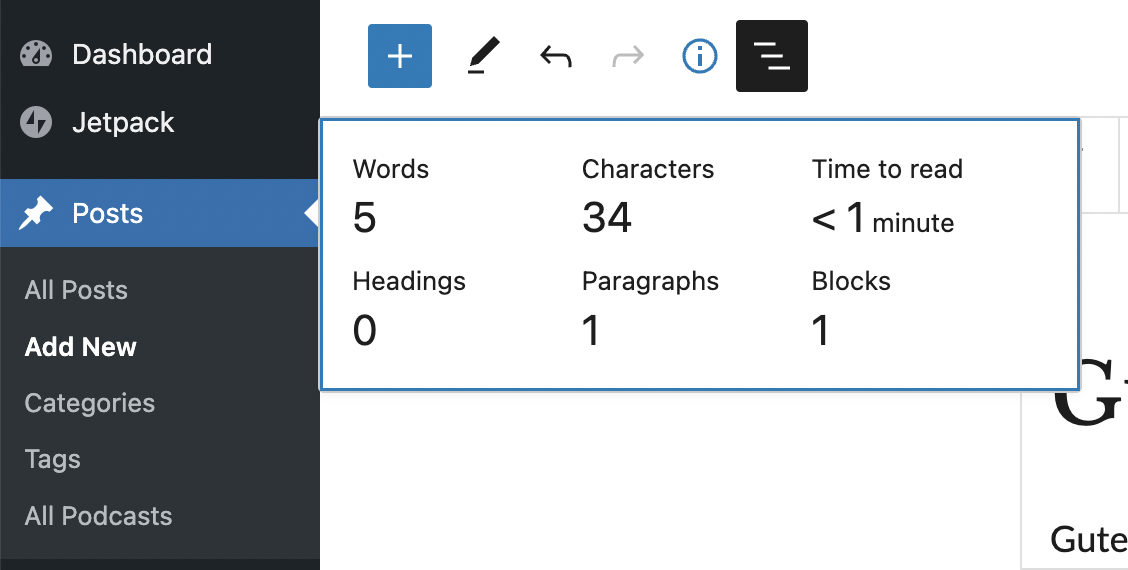 Details view prior to Gutenberg 14.5

The new Document Outline panel can be opened using the List View icon in the toolbar. Characters, words, and “time to read” have been moved to the bottom of the panel. This makes the entire panel cleaner, as the document stats were overly prominent before and the details popup had become even more crowded after the addition of the “time to read” stats. 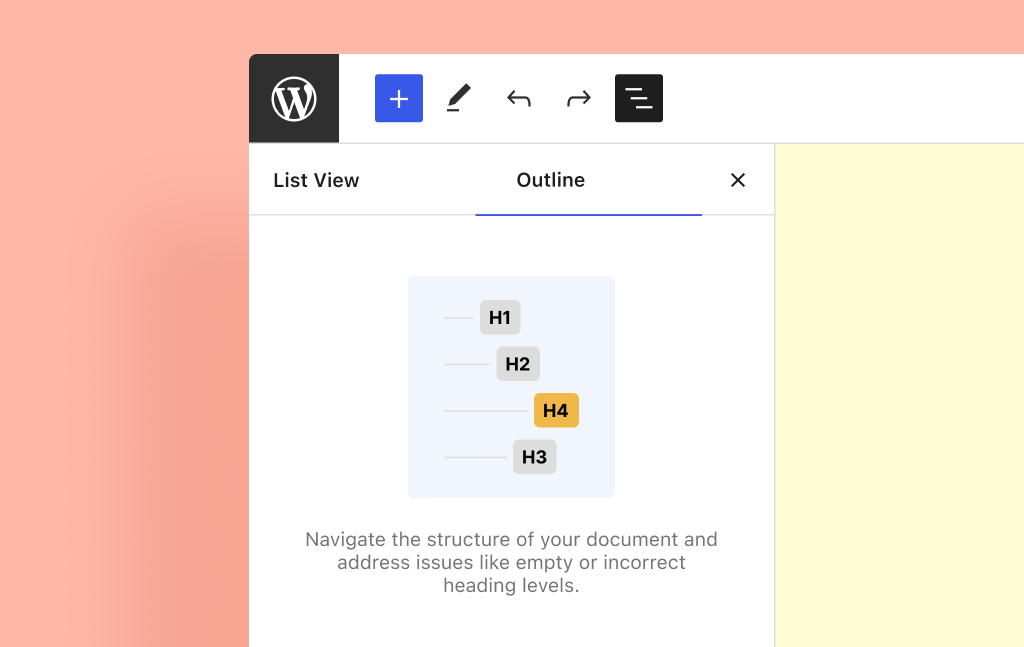 This release also improves block spacing controls to make them more visual so that users can immediately see how changing the controls will impact the surrounding blocks. Gutenberg contributor Nick Diego demonstrated this update in a video:

A few other notable additions to this release include the following:

Check out the release post for a more detailed list of all the bugs fixed, documentation updated, and code quality improvements in 14.5.