Multiple State of the Word Attendees Test Positive for COVID-19 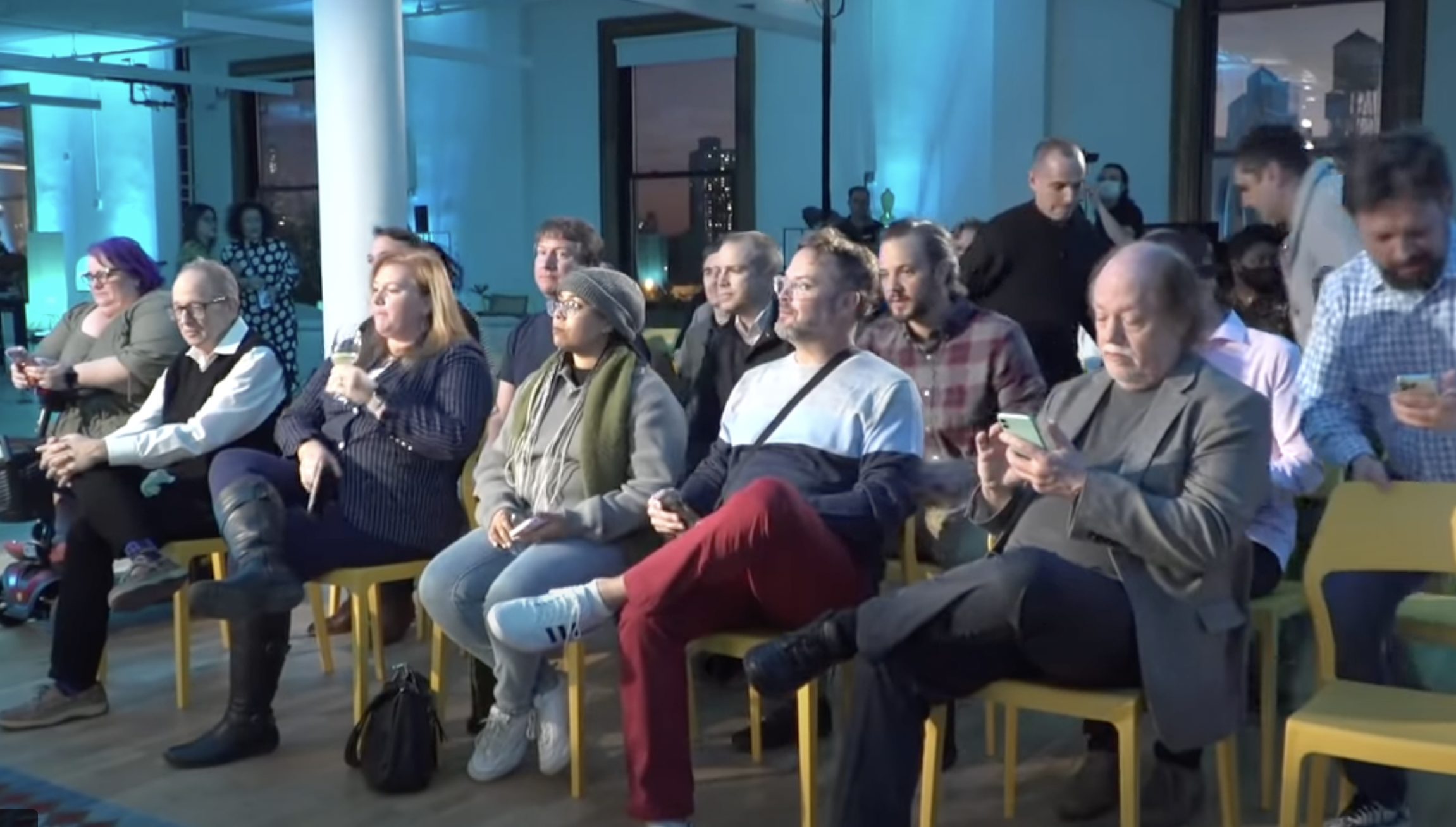 Matt Mullenweg’s 2021 State of the Word address was held in New York City nine days ago with a live studio audience. On Sunday, December 19, all in-person attendees were notified by email that they were possibly exposed to COVID-19 after one of the attendees tested positive.

Although proof of vaccination was required at the door, multiple people have reported recent infections after traveling home from the event. Aaron Jorbin tweeted about his case today, and four more have been reported in a private channel on Post Status Slack.

I don’t know where I actually got infected, State of The Word is just one possibility and it being “swag” is a good joke. A great joke even.

There’s no way to know for certain whether the attendees who contracted COVID-19 caught the virus at the State of the Word, as many of them traveled from far away places and had meetups with other attendees outside of the main event.

Concerns about the lack of masks and no requirement for rapid tests began popping up prior to the event. From the perspective of viewing the livestream, masks were scant and attendees were quite close together in a small space.

Anyone tracking the COVID cases coming from the #StateOfTheWord ?

Hate to be a downer, but it’s still a raging pandemic and all those people traveling from all over and in groups without masks has my anxiety spiking.

The day before the event, the WHO warned that evidence suggested the new Omicron variant could escape prior immunity and would lead to surges with a high transmission rate. Studies were already showing reduced effectiveness of existing vaccines against the variant. On December 13, New York governor Kathy Hochul announced a new temporary indoor mask mandate for public spaces, which could be bypassed by requiring vaccines for entrance.

When asked how the State of the Word’s coordinators decided on the precautions, WordPress Executive Director Josepha Haden Chomphosy said the event met the local guidelines while allowing attendees to make their own choices for anything beyond the requirements.

“We followed the guidelines as laid out by the city,” Haden Chomphosy said. “Masks and hand sanitizer were liberally available throughout the venue, and we encouraged attendees to make informed decisions about their health.”

It has been well-documented that indoor masking can significantly reduce transmission, so it was curious that the event did not require them at this pivotal time when governments are taking more stringent measures to stop the spread of the virus.

Fortunately all those who were recently infected have reported mild illnesses, but the incident raises an important question for onlookers: Is this an indicator of how in-person WordCamps are going to go in 2022? There are already several on the schedule.

Agreed. It has definitely killed any thought I had of attending a WordCamp for a good long while.

Whether or not attendees’ infections originated at the State of the Word or in outside gatherings is going to be impossible to pinpoint, but the nominal safety protocols sends a message to all those considering attending in-person events in 2022.

Since receiving the notification of possible exposure, many State of the Word attendees have been monitoring their health with tests. One attendee reported in Post Status Slack that she has had difficulty getting tested and is still waiting for one in the mail. In the meantime, she has opted out of a family gathering for Christmas as a safeguard.

“As someone who wants nothing more than to be able to attend WordCamp Europe or WordCamp US in person next year this doesn’t give me much confidence,” Gravity Forms CEO and co-founder Carl Hancock said. “With such a small event the COVID protocols could and should have been super tight to test things out for larger events. The lack of masks and social distancing at an indoor event without added protocols such as rapid testing for entry was disappointing to see.”

WordCamp organizers will need to consider how they can protect attendees beyond simply meeting the basic, local requirements, which may not fully acknowledge the nature of the current threat. They will also need to be responsive to the rapidly changing pandemic landscape and be ready to implement more safety protocols at the last minute, if necessary. If the State of the Word is any indication, future WordCamp organizers will need to have a plan for sending exposure notifications to attendees, in case the events become the source of an outbreak.