Earlier this year, WordPress’ Themes Team began urging theme authors to switch to locally hosted fonts after a German court case decision, which fined a website owner for violating the GDPR by using Google-hosted webfonts. Since that ruling, German website owners have continued to receive threats of fines for not having their fonts hosted locally.

The makers of the Fonts Plugin, a commercial product with a free version on WordPress.org, have created a tool called Google Fonts Checker that will help website owners discover where their fonts are hosted. The tool analyzes any URL entered and if the fonts are hosted by Google, it says “Google Fonts Connection Found” with a red ‘X.’ Sites that are in the clear will show a notice that a Google Fonts connection was not found: 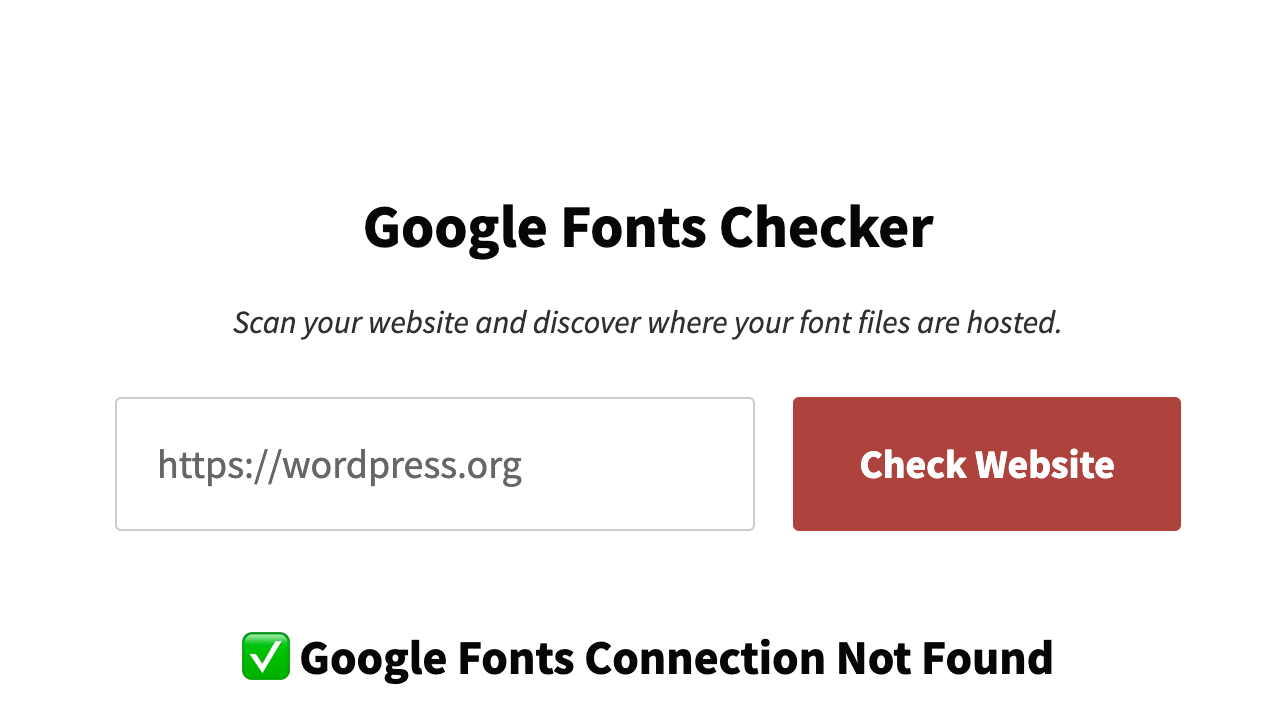 Google Fonts Checker is useful for non-technical users who are not sure whether their theme or plugins are referencing fonts hosted on Google’s servers. Beyond delivering the simple connection message, the tool scans the website and returns a list of the font files used to render the page, which can be helpful in tracking down the specific extension loading these files.

Those who find a Google Fonts connection using the tool may also consider switching to Bunny Fonts, an open-source, privacy-first web font platform with no tracking or logging that is fully GDPR compliant. It can act as a drop-in replacement to Google Fonts. The Replace Google Fonts with Bunny Fonts plugin makes it easy to switch.

Some of WordPress’ older default themes are still loading fonts from Google. A ticket for bundling the fonts with the legacy default themes had patches and was on track to be included in WordPress 6.1, but ended up getting punted to a future release after it was determined the approach needed more work. In the meantime, those who are concerned about using Google Fonts in older default themes can use a plugin to host them locally.