Here’s what we’ve learned about Post Status members and our broader audience.

Back in December, we worked with Nicholas Petrosky of Promethean Research to design a survey to help us take a fresh look at our members and larger audience. (You can still take it if you missed it.)

After a few weeks, we collected just over 90 responses. Here is a summary of the results followed by a sampling of the free responses to questions about what’s exciting and concerning in the WordPress space today.

It is definitely a pivotal moment of high uncertainty with some people seeing the glass half-full while others see it half-empty. One person’s threat is another persons’s opportunity…. The most common concerns touch the health and viability of the WordPress community and ecosystem. 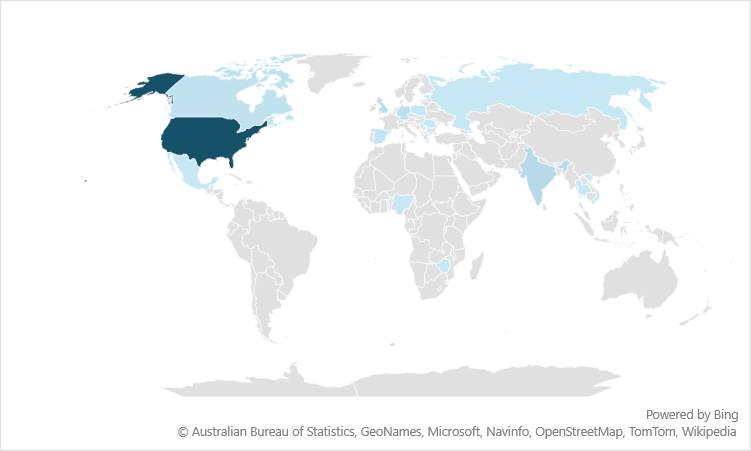 We have a lot of room for growth in the southern hemisphere.

Our survey included responses from people in 18 countries. Two-thirds of the respondents live in the United States while the next most-represented country was India with 7% of the respondents. Other than English, the most commonly spoken languages were German (5%), Hindi (5%), and Spanish (4%).

When asked about ethnicity, 78% of the respondents identified as White, 8% as Asian, 2% as Black or African American, 2% as Native American or Alaskan Native, and 10% indicated Other or didn’t wish to identify an ethnicity. 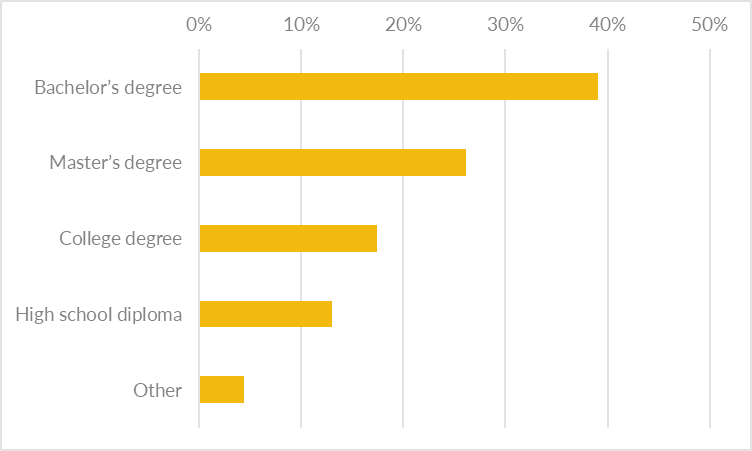 84% of the respondents held a bachelor’s degree or higher. 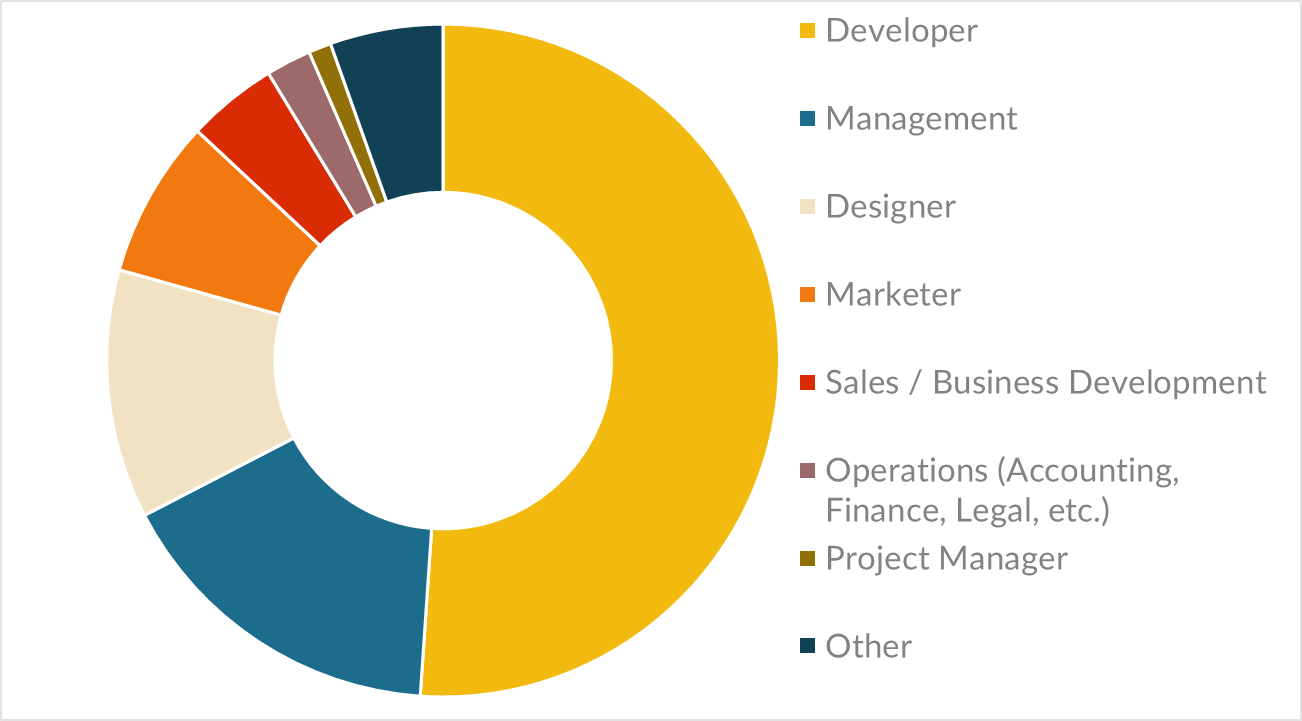 Developers are still the largest group.

The community is primarily comprised of developers, managers, and designers. Half of the respondents fell into the Developer skills category, followed by Management (16%), Designer (12%), and Marketer (8%). 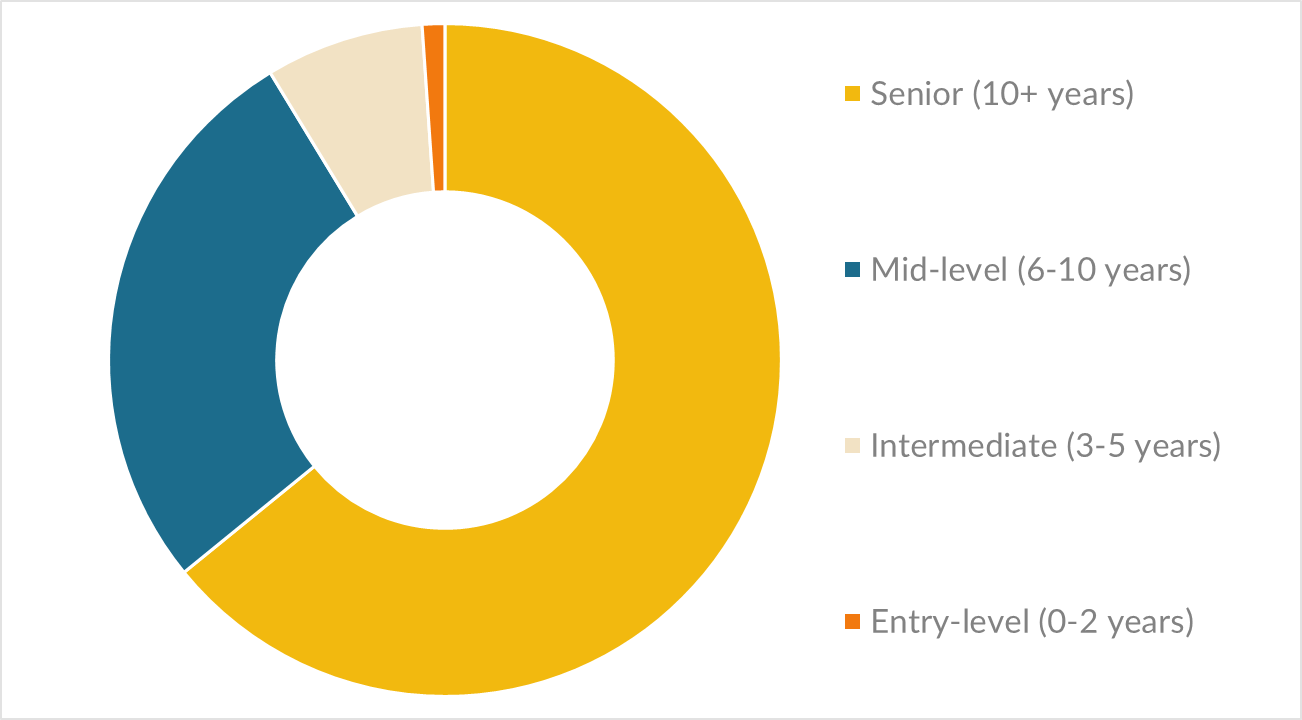 We need more people who are in the early years of their career.

The community is heavily weighted towards senior-level talent. Two-thirds of respondents were senior-level and another 27% were mid-level. We only had a single respondent who was entry-level. There was a pretty even split between focusing on products vs. services and 16% said they worked on both equally. 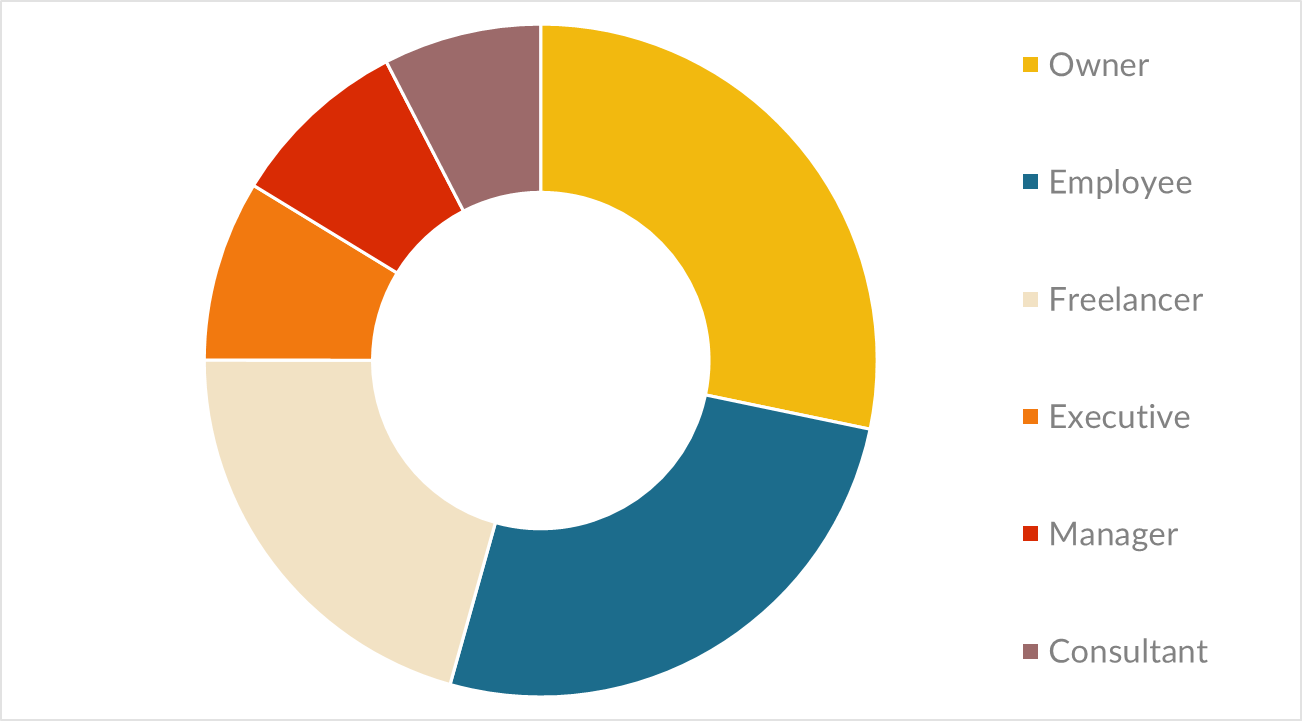 Most of us are owners, employees, and freelancers.

There was a pretty even split between respondents who identified as Owners, Employees, and Freelancers. Much less common were Executives, Managers, and Consultants. 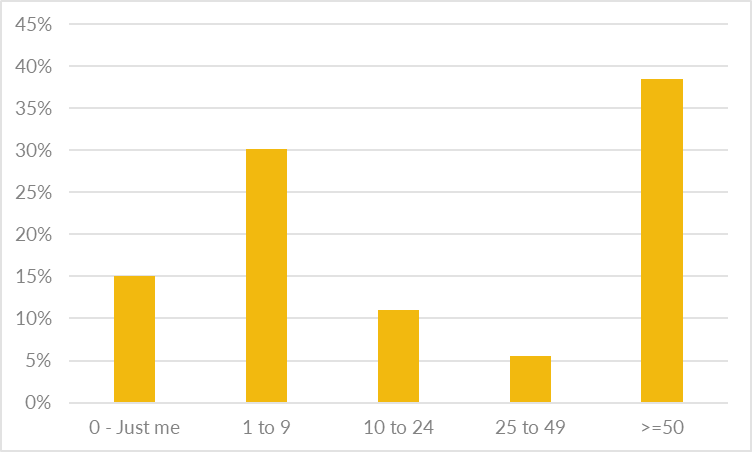 Small and starting to get big — but not much in between.

Almost half of the respondents indicated that there are 50 or more full-time employees at their company. Of those who own their companies, the majority (64%) fell in the 1-9 FTE range. 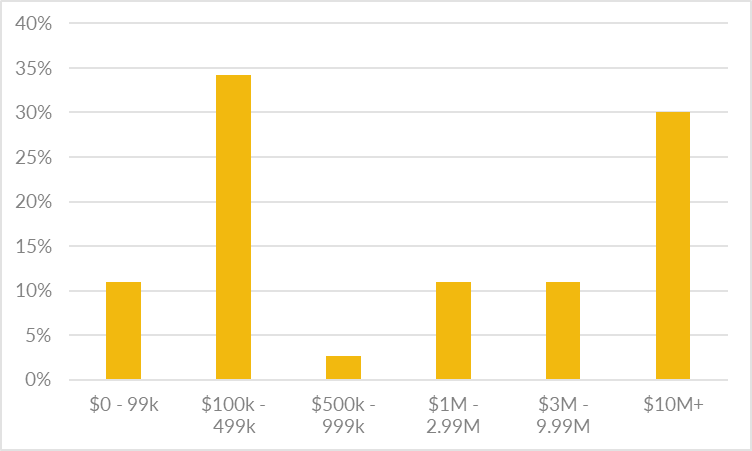 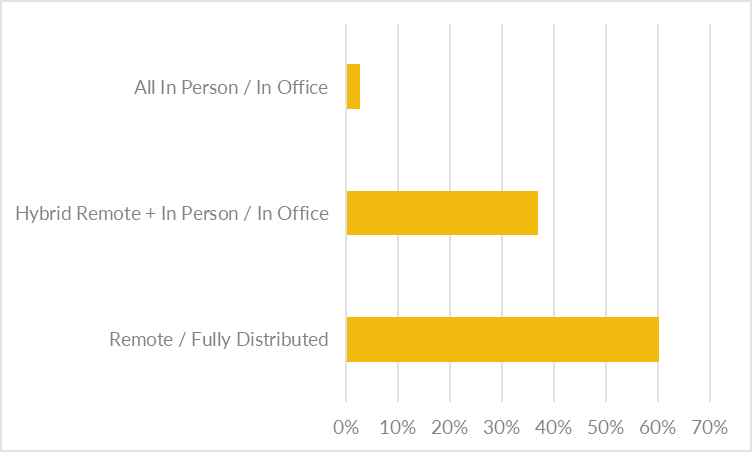 Almost 2/3rds of respondents are working remotely or fully distributed while another 37% are hybrid. The distribution didn’t change when asked about the expected structure 3-5 years from now.

The free response part of our community survey reveals many causes of positive excitement are also things that raise concern:

The most common concerns all touch the health and viability of the WordPress community and ecosystem:

“…We’re transitioning away from hard-tech development toward Strategy, Message, and Marketing.”

“I think the WordPress project is at a make-or-break maturation point and the vast majority of it boils down to communication. I think the ability for WordPress to articulate next-generation Themes, provide more consistent and more transparent communication on timeline and roadmap are going to be why we succeed or why we fail.”

“A massive price increase of WordPress products is expected. Gutenberg forces developers to learn React. React developers cost 3-4x PHP developers. Using WordPress will become expensive, paying customers will decline as SaaS options will soon appear lucrative. AI in design and small developments will take over. A lot of freelancers will be out of business.”

“More distributed (OK, that’s hopeful). More and more client-side based coding, less server-side as the device environment continues to move more and more to portable. Along with that could be more focus on AR/VR.”

It’s great to be able to listen to our members and readers to learn who they are, how (and what) they’re doing, as well as the things they are most excited and concerned by. This helps us validate, alter, or add to our our own sense of editorial priorities — the topics to follow, the questions to ask.

Does any of this surprise you — what was or wasn’t included or represented? Let us know in the comments, or drop us a line. And you can still take this survey if you haven’t done so yet.