At the risk of spoiling the answer to a clue included in the image below, WordPress made an appearance in the New York Times crossword puzzle today. Likely nobody reading this post would struggle to answer the clue “popular blogging platform” with nine letters. New York-based digital consultant and media co-founder Matt DeSiena tweeted a screenshot with the caption, “You know it’s a good day when WordPress makes an appearance in the NYT Crossword.”

Despite the software powering 43% of websites, many of us working in the world of WordPress still cannot adequately explain what we do to some of our friends and family. The rare pop culture reference still gives an exciting and affirming jolt of recognition to WordPress’ fondest fans.

One of the more obscure and unforgettable WordPress references happened 12 years ago when the code was used to guide missiles. WordPress lead developer Dion Hulse spotted the project’s post.js code in episode 5 of the British mini-series Strike Back as part of a weapons guidance system. Mark Jaquith then ported those changes back to core, giving props to Left Bank Pictures. 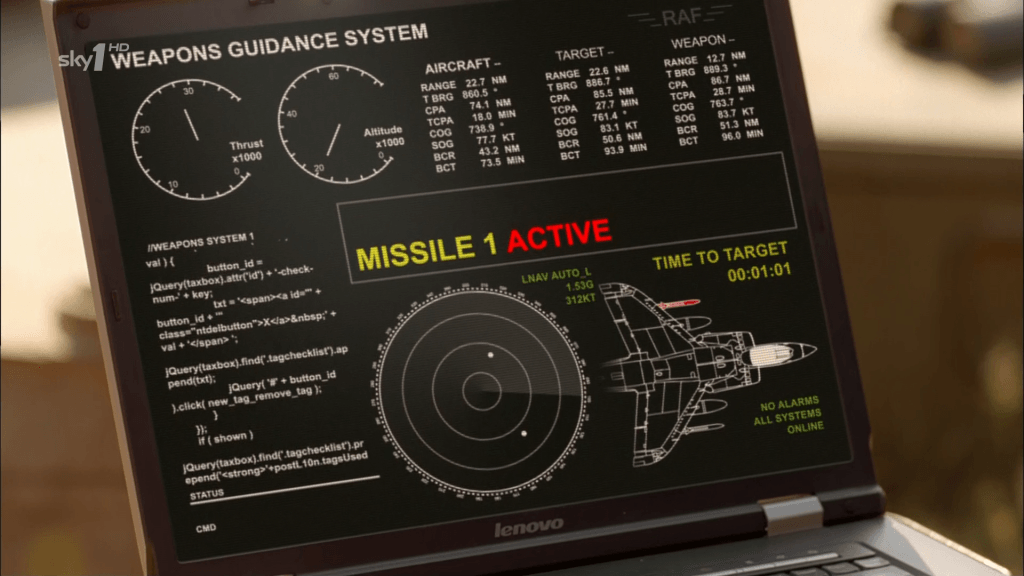 The software was also mentioned in Lily Allen’s “URL Badman” released in 2014, and briefly mentioned on the popular Netflix original series Orange is the New Black in 2015.

WordPress.com has also twice been featured on Jeopardy, an American television game show. In 2014, the platform was included in a clue under the category “dot-com” with the answer “What are blogs?”

More recently, in 2020, WordPress.com was featured in a Jeopardy clue that read like an advertisement. The answer, “What are blogs?”, echoed the previous Jeopardy reference.

There are probably many more references that have gone unnoticed, as WordPress is becoming more of a household name these days. Where have you seen it mentioned in the wild recently?