WordPress.com has ended the pricing experiment it began at the beginning of April. The company announced today that it is rolling back its pricing structure to the previous model, which offered five plans, including the free tier. A few months ago, WordPress.com pared back its pricing table from five to just two plans (Free and a $15/month Pro plan) as a major unannounced change, slashing free storage limits and imposing a traffic ceiling. After nearly two months of overwhelmingly negative feedback, the company added a new $5/month Starter plan to bridge the gap between Free and Pro, but even this entry level plan didn’t remove ads.

The changes were not clicking with users and many of them announced plans to move away from WordPress.com to new platforms. The company claims it was responding to feedback in reverting to the previous pricing model, but after 15 weeks of running the experiment, they likely had enough data to force the decision.

“As we began to roll out our new pricing plans a couple of months back, we took note of the feedback you shared,” Automattic VP of Content Michael Pick said in the new pricing announcement. “What we heard is that some of you missed the more granular flexibility of our previous plans. Additionally, the features you needed and pricing of the new plans didn’t always align for you.”

WordPress.com also emailed its customs about the availability of add-ons for à la carte upgrades for features like access to premium themes, removal of ads, and custom CSS. Notably missing was an add-on for storage upgrades, which multiple customers expressed in the comments that they are eager to have. 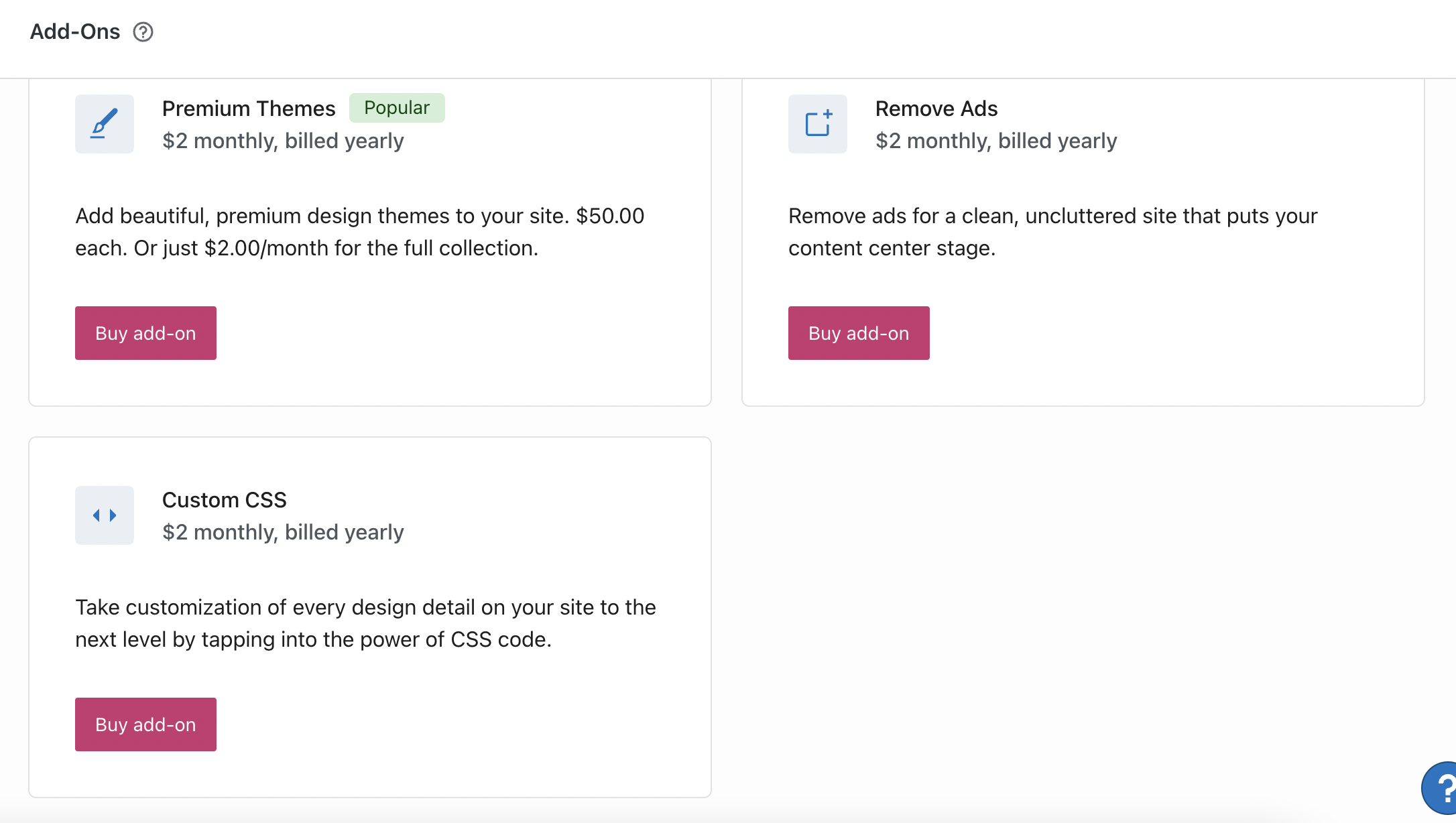 Customers reacted positively to announcement of the pricing reverting back and several thanked the company for taking their feedback seriously. WordPress.com confirmed that customers who switched to the previous Starter and Pro plans will be able to remain on those plans indefinitely with auto-renew if they choose.