This week has been heavy with theme news, as the discussion around improving block themes’ visibility in the directory became heated before the Themes Team landed on a course of action. Meta contributors added a new “Block Themes” menu item to the filter menu on the directory homepage, a solution that some classic theme developers fought tooth and nail to discourage in the ticket over the course of seven weeks.

Clicking on Block Themes displays themes that have the full-site-editing feature tag. Previously, block themes were buried three clicks deep and users had to know how to find them through the feature filter. They are now easily accessible from the directory landing page. 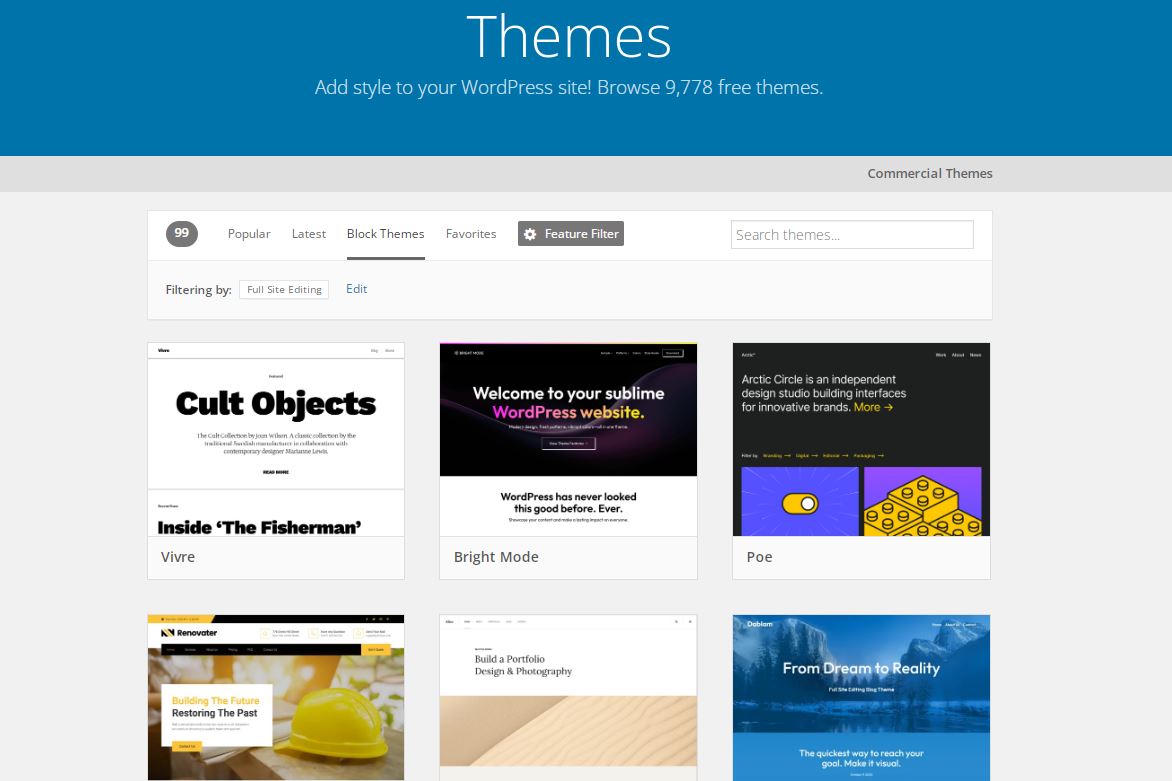 Although most WordPress themes support blocks in the content editor, the “block themes” identifier refers to themes that allow users to edit templates with blocks through the Site Editor.

Block themes are about to cross a major milestone in the directory. At the time of publishing there are 99 block themes available, representing roughly 1% of the directory’s total number of themes. As part of the project’s big picture goals for 2022, WordPress Executive Director Josepha Haden-Chomphosy set 500 block themes as a goal for the community. The number is not even halfway there but the newly released Create Block Theme plugin should give it a boost, as it allows anyone to design a theme in the editor and export it for others to use.